10 Painless Ways to Manage the Kinetic Energy in Your Classroom

In science, kinetic energy refers to the energy an object has from being in motion. In your classroom, the kinetic energy of a student is the pent-up energy due to their lack of motion—energy that needs to be released by letting them wiggle, move, and change position.

Teachers are often reluctant to allow students to move about in their classrooms. It’s understandable; students in motion cause noise, classrooms are crowded, moving students take a few minutes to settle back down, and it’s easier to control a classroom of sleeping students than a classroom of rowdy ones. However, when eyes are glazing over and heads are bobbing, not much learning is taking place.

Here’s a list of 10 ideas—none of them difficult to implement—that allow your students to release a bit of their energy, so they can get back to the important task of learning...

1. Touch Four Walls: Ask students to stand and touch all four walls of your classroom. At each wall, the students should say something that they have learned from today’s lesson. I’ve also scattered in various corners of the room piles of handouts to be distributed and asked the students to get them for themselves. It’s two minutes of chaos, and then they are ready to learn.

2. Four Corners: Ask the class to select one of four options (e.g., Do you prefer summer, winter, spring, or fall? Would you rather vacation at a mountain, a beach, a large city, or a foreign country? Would you prefer to eat a burger, pizza, tacos, or sushi?) and move to a corner of the room with others who made the same selection. In the corner, students engage with others in a short activity, discussion, or Pair–Share before returning to their seats.

3. Dance Break: When energy is lagging, crank up some music and have a 30-second dance party. This will only work if you’re not afraid to make a fool of yourself in front of your kids. Whether it’s the Macarena, the Hokey Pokey, the Chicken Dance, or a retro hit from the 70s or 80s, your dance party can interject a bit of silliness into your room and help kids get the wiggles out. If you want something more subdued, turn on a YouTube video of a dance and let the kids try to mimic the arm movements from their seats. (We recently did this with the national dance of Kazakhstan, the Kara Jorga, when after-lunch students were showing signs of fatigue during a guest lecture.)

4. Find Your Solemate: After a quickwrite or after students have worked on a practice problem, ask them to stand and find another student who is wearing similar shoes. Partners can share the quickwrites or compare work on the problem before returning to their seats. Change up the criteria for partner finding (e.g., someone wearing the same color, someone close in height, someone with different hair length, etc.).

5. Team Huddle: If you need students to work quickly in groups, ask them to stand and mingle around—perhaps to music—until you call out a number (e.g., “Team Huddle Four!”). At that point, students should cluster together into groups of four and perform whatever task that you ask of them. This is great for discussion questions, debriefing (e.g., “What was one thing that went well in today’s editing and revision lesson?”), summarizing learning, or sharing personal connections as an anticipatory activity before a lesson.

6. Strike a Pose: Just like Madonna told us decades ago, “Strike a pose; there’s nothing to it.” Ask students to stand and move into a physical posture reflecting something that you’re learning about. You could have them imitate a vocabulary word (e.g., saunter, pretentious, diffident), copy the postures of a sculpture or figure in an artwork that you are studying, or come up with a movement or posture that summarizes a character or concept (e.g., Boo Radley, prophase of mitosis, checks and balances). This can be done individually, with a partner, or with a group.

8. Rotate Rows: To mix up the partners for Pair–Share activities, ask students in every other row of your classroom to move forward two seats. Ask the students in the other rows to move one seat backwards. Ask the students in rows across the room to swap places with one another. Mixing up the room provides fresh partners and gives a bit of controlled movement to release some energy and help kids get their heads back in the game.

9. Body Spelling: Just like you’ve done to the song “YMCA” by the Village People at countless wedding receptions, your students can body spell words related to the concepts that you’re studying. It’s a quick, easy, and fun way to perk up your students.

Thanks for all that you do to keep your students energized and engaged in learning. 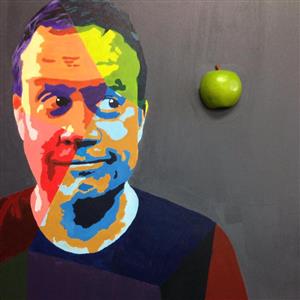 Craig McKinney teaches Humanities at Shepton High School in Plano, Texas. A Dallas-area native, Craig attended Southwestern University in Georgetown, Texas, where he received degrees in English and Sociology. He earned his master’s degree at the University of North Texas. During his 22-year teaching career at Shepton, Craig has taught English, Humanities, Latin, and the AVID Elective. As part of his contribution to Shepton’s AVID site team, Craig spreads AVID strategies schoolwide through staff in-services and by writing a weekly Wednesday WICOR email. When he’s not teaching ninth and tenth graders, Craig works as an AVID staff developer. He also bakes a mean loaf of sourdough bread, serves as an officer of his university’s local alumni association, and loves herb gardening, attending cultural events, and playing board games.

You are commenting as Anonymous