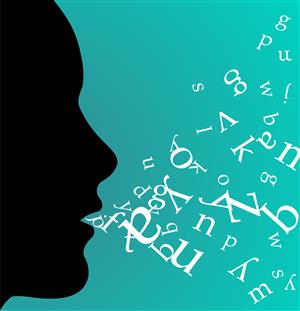 My mother says “warsh,” as in, warsh your hands, or Seattle, Warshington. As an adolescent, I often corrected her with derision—my opinion being that this nonstandard pronunciation of “wash” represented ignorance and a lack of sophistication. This is a manifestation of language prejudice, or linguicism.

In the classroom, educators oriented to academic language development engage in language coaching to equip students with the skills for adhering to the norms of formal register, giving them more confidence, enabling them to have more control over their lives, and making it possible for them to claim their civil rights. But, it’s easy to confuse language register as a value judgment. The essential instructional routine of coaching language can empower students, bringing joy and hope, but it can also pose an identity threat.

Recently, a Lyft driver shared with me that he had grown up on O‘ahu, the only white kid in a neighborhood of indigenous Hawaiians, where he spoke Hawai‘i Creole, usually called “pidgin” in Hawai‘i. He was delighted to talk about how when he visits the islands, even though he is a haole (white person), a little pidgin instantly makes him part of a social group. Language transforms a stranger and apparent outsider into a welcomed member of a community.

Our language is the primary expression and symbol of our culture. It is the embodiment of our cultural identity. Code-switching indicates a switch in cultural alignment. Students might resist language coaching because they see it as a betrayal of their culture and their authentic self. This does not mean we should avoid language coaching; it means we should approach language coaching with caution and ensure that students understand our motives, which are to be non-judgmental and support multiple dialect proficiencies rather than eradicate.

Language has the power to shape perception. Consider the difference between the labels “limited English proficiency” and “emerging bilingual.” The former is a microaggression that implies deficits, whereas the latter brings to mind assets and the ability to learn. When language-minority students from historically marginalized groups master code-switching with language register, aligning the degree of formality with the social context, they can influence how others think of them by the way they speak.

At its best, language coaching also has the power to elicit joy, allowing students to have positive experiences with language skills. This calls for both teachers and students to practice sensitivity, attentiveness, and social- and self-awareness. It is not just language skills, but empathy, compassion, and kindness that are cultivated through language coaching, especially when students engage in coaching each other. These positive emotional behaviors—targets of social and emotional learning initiatives—are crucial for academic and life success.

The term coach is used most often in the context of athletics. We play sports. Team sports are games. The point of games is to have fun. As language coaches, we need to make playing the game of formal register the class sport. While maintaining our sense of urgency, we will serve our students best when we remember to have fun. If we are the coach, they are a team. We warm up, stretch, and work our linguistic muscles. We run drills in context. We scrimmage, and after it all high-five, saying, “Good game.” Joyous, we become linguistically nimble, adroit linguistic athletes.

If we are intentional and reflective, we can harness the power of language to engender hope. Academic language and literacy grants access to opportunity. We know that language variety does not correlate with intelligence or competence, but the experience of many students leaves them with the impression that it does—that their “low” language proficiency means they are stupid or at least not good at academics. We know there are negative consequences of having a fixed mindset and developing a growth mindset is necessary for lifelong achievement. We must create in our schools and classrooms a philosophical environment that intentionally activates positive emotions wherein effective language coaching makes learning possible.

Eric Stanley is a Western Division AVID Program Manager, supporting AVID districts in Washington. He believes the student–teacher relationship has a profound effect on the success and well-being of our youth.